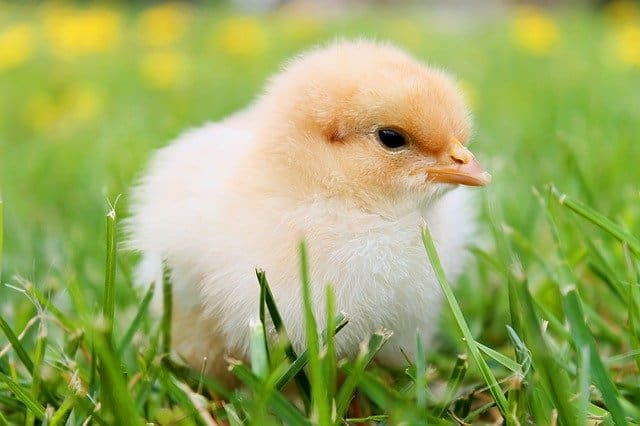 Do you want chicks but need to know the supplies required for raising baby chicks?

Raising baby chicks might be one of my favorite parts of spring homesteading. Each spring, we get more chicks, and I love to see my children fascinated with them.

Last year was the first year that my daughter, Jolene, got to see chicks and find some joy in them. Each morning, we excitedly ran to check them out and see how they faired each night.

Before we either buy our chicks from a local store, such as Rural King, or order them (check out Murray McMurray), we gather all the supplies we need for raising baby chicks.

The very first year that we raised chickens, I had NO idea what I was doing. I was born and raised a city girl; raising chicks was as foreign as speaking Japanese.

Do you feel the same way? Confused about what you need to get started raising baby chicks?

You aren’t alone, so here’s the deal.

I’m going to lead you through the things that you REALLY need to raise chicks. If I don’t think you NEED it, I won’t include it. You can raise chicks on a budget, I promise.

The first thing you need is a chick brooder, which is basically someplace to keep your chicks. You can be as creative as you want to be picking a box. If you buy your chicks from a store, you’ll notice they use large, galvanized steel feeders to store the chicks.

I’ve used Rubbermaid containers (the large, rectangle-shaped ones) to hold chicks, and I even adapted a dog crate to house chicks.

Here are the most important things to consider when picking a brooder for your chicks.

If you prefer to buy a chick brooder instead of going the DIY route, take a look at the Farm Innovators Baby Chick Starter Home. It’s an easy-to-set-up brooder that is washable and reusable, holding up to 15 chicks!

Perhaps even more important than a brooder box, chicks REALLY need a heat lamp. We have to replace the job of the mother hen.

In nature, a broody hen sits on her eggs until they hatch, and then the little chicks spend a lot of time under their mama, staying warm. Since we don’t have a broody hen right now, we need to keep the brooder at a consistently warm temperature to mimic the mother hen.

So, you need a heat lamp to keep the box warm, so you’ll also need a lamp clamp. It’s recommended that you use a red bulb instead of a white one for two reasons.

Another option is a bit more expensive, and they are heaters for chick brooders that the chicks can lay under. However, for the price, these would be better if you planned to raise chicks each year.

Without a doubt, the best heater for chicks is the Brinsea EcoGlow 600 Brooder. It warms up to 20 newly hatched chicks or ducklings and uses radiant heat to safely warm your chicks without risking a fire. Plus, the plastic cover makes it easy to clean.

Having a heat lamp for chicks is essential until the baby chicks are old enough to go outside.

The purpose of having a heat lamp is to keep your chicks warm, but how warm? At first, the brooder should be kept at 90-95 degrees F.

Keeping a thermometer in your brooder may not seem like a need, but I think it does. If your chicks get too hot or too cold, they can die, and I don’t want to lose any of my chicks.

Here’s my little trick to help figure out if my chicks are at a happy temperature.

As you might imagine, chicks need plenty of fresh water. You should get a chick waterer, which is a smaller version of the ones you can use for adult chickens. They don’t take up as much room in the brooder.

You also need a chicken feeder. It holds the food for your chicks to eat. I suggest using a feeder rather than a dish or pail. Once, one of my chicks flipped a dish of food on top of itself. Thankfully, it was fine, but I would advise using a feeder designed for chicks.

Inside of the brooder, you need to lay down bedding. It keeps the smell of their poop down, absorbing the moisture.

You can find different types of bedding at most farm and fleet stores. We use cedar chips, and a bag at Rural King sells for $5. That will be sufficient for several weeks in a small brooder.

Chicks required chick feed. You cannot feed chicks adult chicken feed, which is one reason why they do need to stay separated for a while. Chick feed is typically medicated as well; chicks are susceptible to a variety of diseases.

You also want to include some chick grit. Grit helps the chicks eat other food besides feed. If you want to toss them scraps, be sure to add some grit to their feed.

Chicks need a place to roost as they get bigger. You can make a DIY roost or buy one that is premade. Roosting is a skill that they need to develop. Chickens roost in their coop, which is off of the ground, as a protective measure and to keep warm together.

It’s also a wise idea to keep first aid supplies on hand for your chick. Hopefully, you’ll never have to use these supplies, but it’s always a good idea to be prepared. You never know what might happen, and raising baby chicks can be a bit tricky. They are vulnerable.

Here are some supplies you might want to grab.

Raising baby chicks doesn’t involve tons of supplies. You don’t need to invest a lot of money, but you do need to keep your chicks confined, healthy, fed, and watered.

Soon, they’ll be outside in their big coop, laying you plenty of eggs!

Don’t forgo raising baby chicks in fear that it costs too much money. It doesn’t! 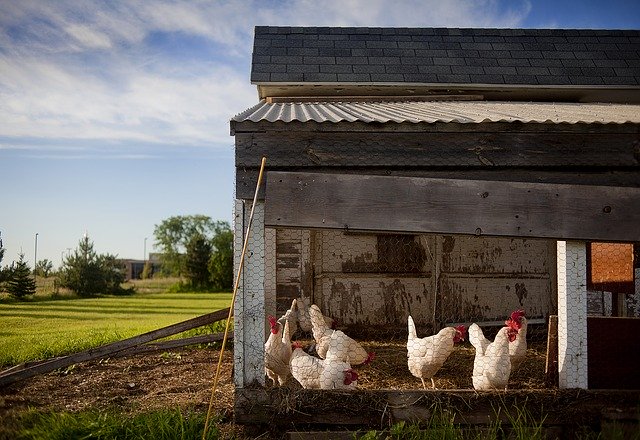 Are you wondering if there are other things that you can feed your chickens? Perhaps you want to decrease your feed bill, which can be high depending on how many chickens you have. You might want to free range but are unable, so you want to give your chickens a diverse diet. I fit into… 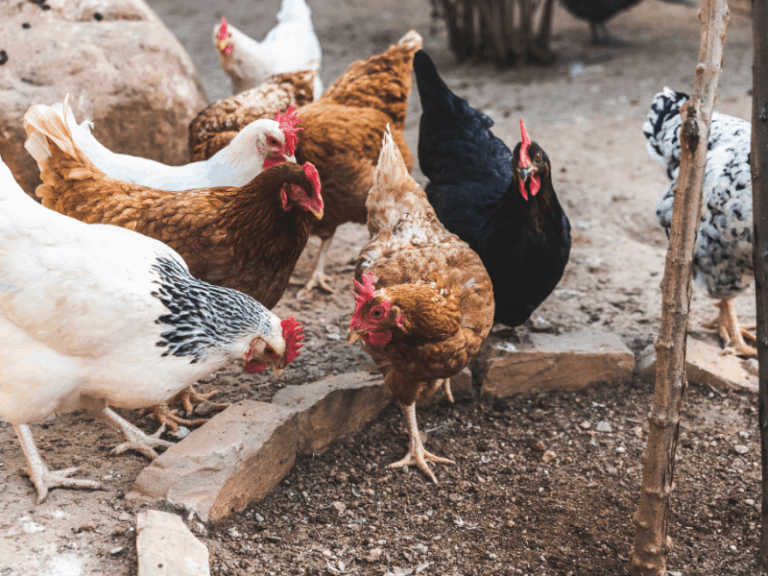 As the weather starts to get cooler, leaves start to fall, and so do the feathers from your chickens. Fall molting has begun in your flock. The first time I saw my chickens during fall molting, I was sure something was happening. Were my chickens sick? Did something attack them? Did I miss a chicken… 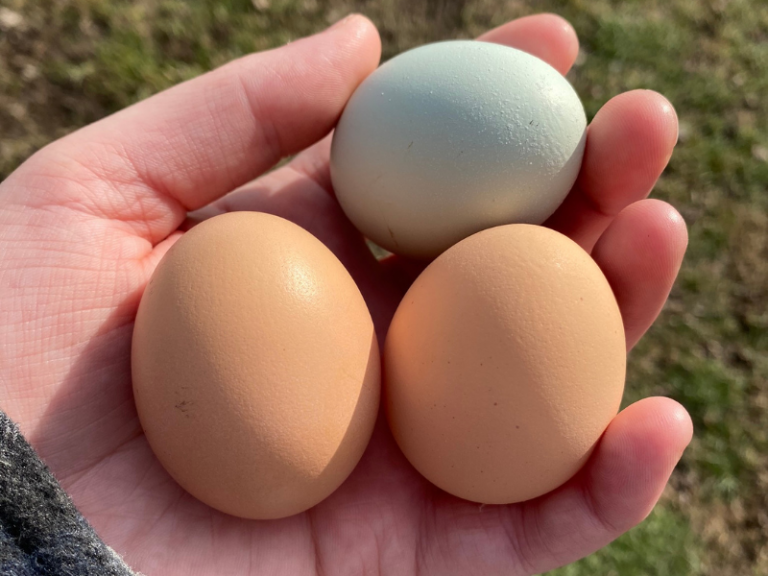 Raising backyard chickens is a great way to raise your own source of food, but waiting for eggs feels like torture. Do you know when your chickens will start laying eggs? Raising chicks is fun and adorable, but you have chickens to get fresh eggs. So, you might start wondering when do chickens starting laying… 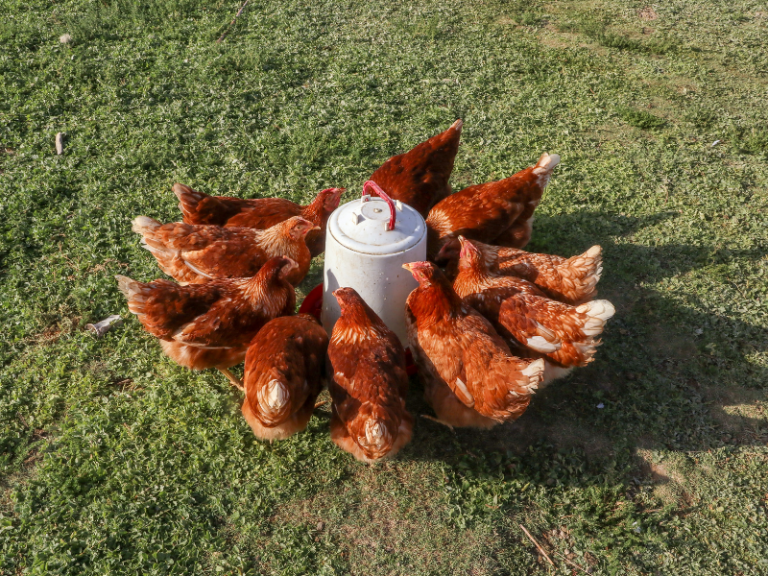 Picking the right chicken waterer helps save you time while tending to your flock and also reduces waste – saving you money! As you gather items you need to raise chickens, you’ll want to get one of the best chicken waterers to provide your flock fresh water daily. It’s essential to their overall health along…

It’s hard to figure out what are the best egg-laying chicken breeds, so look at what real homesteaders have to say! The main reason most people raise backyard chickens is because they want a fresh supply of eggs. Nothing compares to gathering warm, fresh eggs each morning and turning them into delicious meals for your…